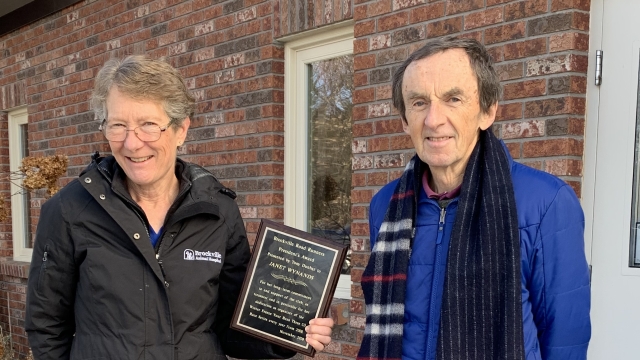 As one of my last official acts as president, I was more than happy to recently present the traditional President’s Award plaque to Janet Wynands.

As engraved on the plaque, this was to acknowledge Janet’s long time commitment to the club as a member of the executive, and especially for her organizing since 2008 the popular 3 run Freeze Your Buns series. Many thanks Janet on my own behalf and that of all club members and runners. (Tony)